»I was very surprised. During the first rehearsal it was almost as though I was in a different place where I am in fact at home but where I suddenly like it a lot more.«

Contribution of SF to Ignatius installation in Bern

The stage of culture casinos Bern has a new floor for several weeks. It consists of soundboards, which has developed a tinkerer from the Black Forest to improve the acoustics in concert halls. The reactions of musicians and conductor of the Bern Symphony Orchestra are euphoric. To explain the secret of this success, however, is not easy … 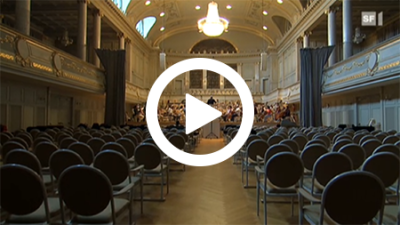 Post “sounding puzzled musicians ears” from the program “Einstein” on Swiss television on 26/01/2012.

The Kulturcasino was built in the style of late baroque classicism. From 1979 to 1999 the technology was updated and the concert hall equipped with a modern orchestra bandstand.

The sound of the orchestra in the hall is lacking brilliance, equilibrium and sophistication. On the stage, the musicians complain of poor transparency. Their interaction is therefore considerably limited.

Alexis Vincent, 1st leader of the orchestra, after the test installation:

Similar to a violinist to whom suddenly new perspectives open up with a Stradivari the Bernese Symphony Orchestra will in many respects conquer new frontiers with the new sound panel.

The stage floor of the Bernese Kulturcasino posed a special challenge to Ignatius because, according to the preservation of sites of historic interest, parquet flooring was obligatory. That Ignatius successfully met this challenge was shown after the installation in the Kulturcasino, which was first presented to the public in September 2011.

Already during rehearsals the music director of the Bernese Symphony Orchestra, Mario Venzago, spontaneously commented in a report of the television program “Einstein”:

“I was very surprised. At the first rehearsal it was as if I was somewhere else where although I’m at home I felt much more comfortable than before … I now hear much more into the distance.”

Also the orchestra director of the BSO, Matthias Gawriloff was very happy about the improvements in the acoustics of the concert hall brought about with the help of Ignatius-resonators:

“With the new resonance-floor the musicians now hear each other much better which allows higher quality playing onstage. At the same time the orchestra sounds more colorful and more transparent.”

It should not be underestimated how much the Ignatius music stands contri-bute to the success of the Ignatius-installation. These stands which were also introduced to the Casino-hall are especially helpful to the acoustics be-cause they are placed right there where the resonance is most effective, namely in the immediate vicinity of the sound source. 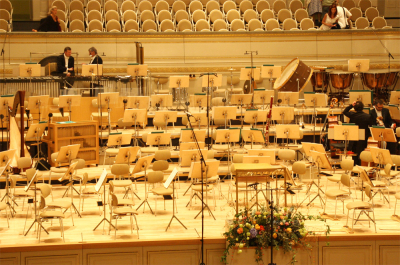 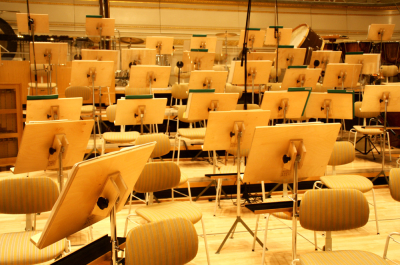